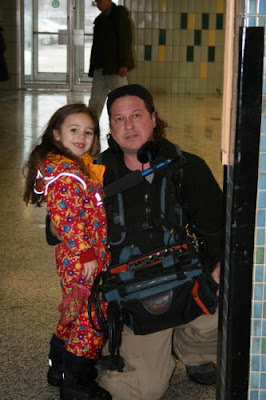 Dug's on a super secret shoot, where he had to sign a confidentiality agreement. Which means, I'd tell you about it, but then I'd have to kill you. So, we'll post lots of info when it gets publicly released.

When we were first dating and flew to Hawaii together, in March of 1995, Dug told me he was a secret agent and used that "I'd tell ya, but then I'd have to kill ya" line. He was sitting in the aisle seat behind me, and as I turned to make some witty retort, my knee bumped the tray, sending a full gin and tonic careening into my lap. That was fun......spending the entire flight to Hawaii pickling in gin soaked jeans. But, I guess the line worked, 'cause I married the guy. And despite my clumsiness and propensity for spilling drinks on myself (more than a few times), he asked me to.

Fourteen years later, he's finally revealing secrets about his work to me, and thankfully he hasn't killed me. But, we can't orphan the children yet, they're young, and the industry ruthlessly protects its secrets. So, the world at large will have to wait, for further info about the top secret project. 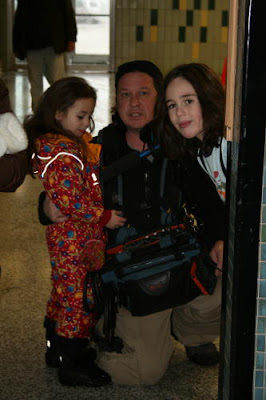 Posted by Bonnie Kenaz-Mara at 9:30 AM