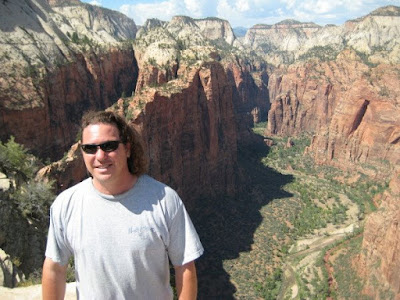 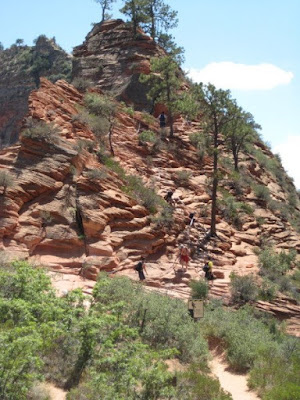 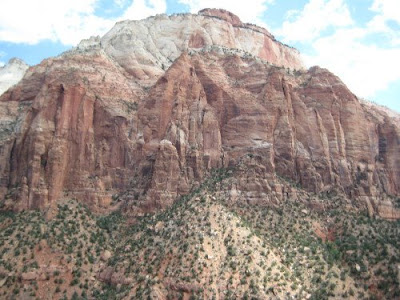 Dug has been living out in Utah, near Angel Canyon, for the past two and a half weeks, shooting Dogtown for The National Geographic Channel. He had a week off at home and now is back there for another month. Crews have been working there for 9 months, so episodes shot early in the year are set to air this month. Ads for the series are running on The Dog Whisperer.

Fortunately, Dug's a dog person, since they're exclusively shooting the canine angle of Best Friends. Our own Akita and our Shepherd mix forgave him for leaving them for weeks and then coming home smelling like a pack of rescue dogs. He's even full of useful new dog related information, like leads on some effective nylon collars that work like chokers, without strangulation risk.

He spouts odd catchphrases at random times like "Everything good comes from the muzzle." To which I reply, "Good luck with that, honey." 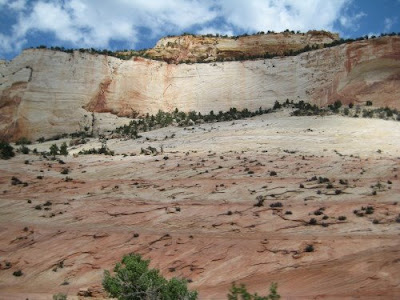 The scenery is breathtaking--literally-- after a strenuous hike with a few twenty-somethings on the crew, one of whom is a pro rock climber. That's what happens when you're 43 and have been letting toddlers set the pace for 7 years of hiking excursions. Dug's been having a great 2nd early adulthood and came home with scabby shins from a borrowed mountain bike. This time he's going with archery equipment for off days.

Most of the time will be filled with filming interviews, surgeries, trainings and rescue missions.
Word is, they eat at the same restaurant for most lunches and dinners. And the local movie theatre has one showing a day of one movie only, 4 days a week. So, for time off, aside from hiking, biking and enjoying the natural scenery, there isn't much goin' on. Still, they are between The Grand Canyon, Brice and Zion, so he's not complaining. 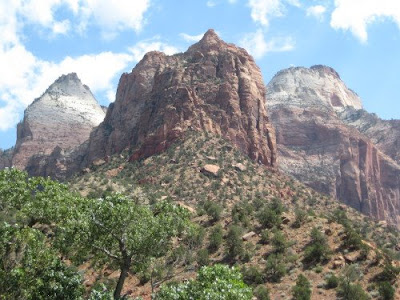 Posted by Bonnie Kenaz-Mara at 9:48 PM